Efficiency, Wattseconds, and Units of Measure

Thus, when defining the available light output of studio flash systems that will be used with a variety of light shaping accessories, the Lumen family is the root specification that will define how much total light is available from a particular bulb or light unit, without regard to its beam pattern, diffusion or Wattsecond (Ws) rating. Unfortunately, other than Paul C. Buff, Inc.™, few manufacturers of studio flash systems have adopted the proper Lumen terms.

For reference, conventional 120 VAC household bulbs emit approximately 17 lumens of light per watt of electrical energy. Thus, the efficacy (efficiency) is 17 Lumens per watt. A typical 100 Watt household bulb emits approximately 1700 Lumens. If a 1700 Lumen bulb is operated for one second (i.e. a one-second exposure time), the amount of light emitted is 1700 Lumenseconds. Lumen information is generally printed on the bulb itself.

Originally, all studio flash systems were central power packs or box and cable systems. Here, the power supply was (is) properly rated in terms of how many Wattseconds (Ws) of electrical energy were available to deliver to the flash heads attached to it. Depending upon how many heads were attached, the length of cables, type of flash tubes and other factors, such a system might deliver anywhere from about 15 to 45 Lumenseconds per Ws. Thus, it is impractical to specify such systems in Lumenseconds (actual light output) because light output is variable and dependent on many factors. Accordingly, the industry long ago adopted the Ws rating for power packs – a rating that does not actually indicate the light output.

With the advent of modern monoflash units, a single flash tube is connected to the internal power supply. If properly designed, optimized to provide high and stable efficiency in the conversion of WS to Lumenseconds. As with LEDs, fluorescent and other light sources that produce sunlight balanced light, the maximum achievable efficacy is on the order of 50 Lumens per watt (or 50 Lumenseconds per Ws). 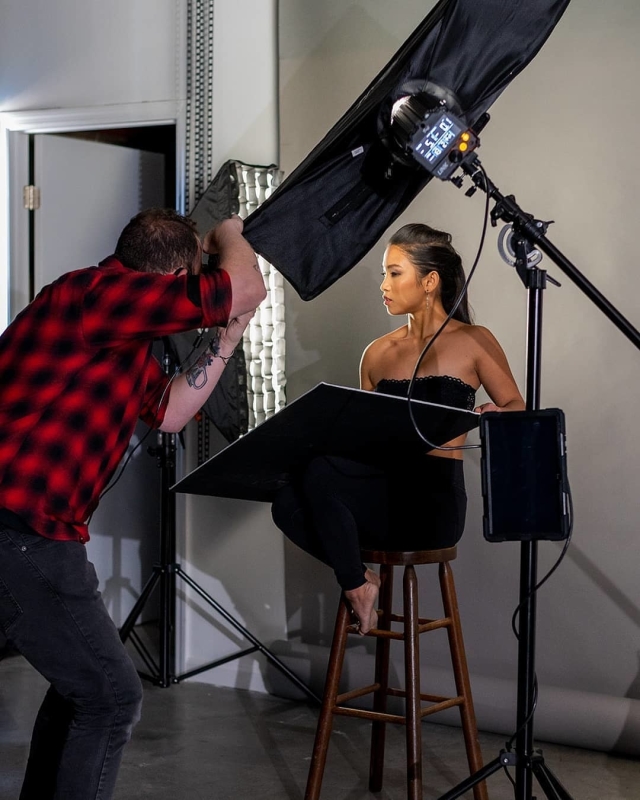 Exactly the same relationship exists in the marketing of high-efficiency household bulbs and lamps. It is typical, for instance, for a 13W compact fluorescent bulb to be labeled “50W*”, indicating it produces the same number of Lumens as a typical 50W tungsten bulb.

However, in both cases, the use of such arbitrary terms are subject to abuses and are based upon what the manufacturer decides to use as a reference for “typical” systems. The only proper and logical answer is for manufacturers to properly define lighting systems using the actual Lumen and Lumensecond terms.

In recent years, most manufacturers of studio flash have improved their designs such that the efficacy of most quality flash systems is in the range of 35 to 45 Lumenseconds per Ws, regardless of configuration. Accordingly, users may more comfortably compare systems using the incorrect Ws term the manufacturers so stubbornly hang onto. But there do indeed remain some flash systems, both monolights and box and cable systems, whose efficacy is much lower than this and which cannot be properly compared using the Ws term.

This is one of the most abused terms in the studio lighting industry. A guide number tells the user nothing about the actual amount of light a certain flash unit can emit. Instead, the Guide Number (GN) term tells you what exposure you can expect on-axis from a given reflector. If a certain flash unit is fitted with a very narrow-angle reflector, it can produce an extremely high GN. The same flash unit fitted with a wide-angle reflector or umbrella will yield a much lower GN even though it still produces the same amount of light. The GN is lower because the light is distributed over a wider area. Simply put: GNs have no place in comparing studio flash units and are largely marketing hy

Perhaps the most practical methods of comparing the power of various studio flash systems include the Wattsecond rating (with new systems from reputable manufacturers, if available), actual exposure values at a given distance and ISO, obtained with double-diffused softboxes or with specified umbrella types. Neither of these methods, however, may be considered accurate. Accuracy requires published Lumensecond ratings.